Pennsylvania Case a Reminder that Medical Cannabis DUI Is Real 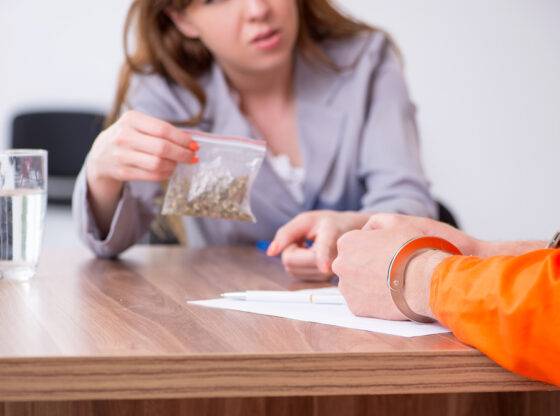 A recent ruling by a Pennsylvania court has medical cannabis users in that state thinking about DUI. The case revolves around a medical cannabis patient who was pulled over for speeding and subsequently charged with DUI. Despite the man’s attorneys doing their best to get him off, he was convicted. The man also lost his appeal.

Much of the focus of the case has been on the question of whether medical cannabis is considered a Schedule I controlled substance. The defendants’ attorneys argued that it was not. They reasoned that the Keystone State legalizing medical cannabis decriminalized it in the state of Pennsylvania. The court did not agree.

The case began when the defendant was observed by a Pennsylvania state trooper doing in excess of 90 mph in a 65-mph zone. A traffic stop was initiated, at which time the officer noticed a strong cannabis odor coming from the defendant’s car. The defendant produced a medical cannabis card and explained that the smell was probably coming from his clothes.

The trooper, believing he had probable cause, searched the defendant’s car and found cannabis. He also conducted a routine roadside sobriety test and determined the defendant was under the influence. He arrested the defendant and charged him with DUI. Subsequent blood tests revealed the defendant had active cannabis compounds metabolites in his system.

The ruling in this particular case is considered precedent-setting. That means other courts in Pennsylvania will look to it before making their own rulings. With that said, there is a lot to consider for future cases. But perhaps the most important aspect is the court’s reminder that the only difference between medical and recreational cannabis is a legal definition.

Cannabis is still cannabis whether it is used to treat chronic pain or as a way to loosen up and relax at a party. The only legitimate reason for making the distinction is to satisfy legal requirements in certain states. Take Utah. In the Beehive State, patients with valid medical cannabis cards can use cannabis to treat qualifying conditions. Patients can get help obtaining their cards through their own doctors or organizations like Utah Marijuana.

The Pennsylvania case is a reminder that medical cannabis DUI is a real thing. Having a medical cannabis card allows one to use the plant and derived medicines legally, but it is not a license to drive impaired. The law still considers it the patient’s responsibility to not drive while under the influence of anything.